Today we received, via our web hosting friend who has hosted our site for many years
an email from Paul Herron, who has let us know that a photo we have up on the site
was done by Jill Krementz and has asked that we put the appropriate copyright words under the photo. Until our web maintence master for our site can post the appropriate correction, we wish to note it on this blog. Below is the email and the gracious permission that Ms. Krementz has granted the site despite our inappropriate use of her photo.

Dear Moira (Anaisnin.com):
>
>First of all I want to wish you a happy new year.
>

>I am writing on the behalf of New York photographer Jill Krementz that one of the photographs you have of Rupert Pole and Anais Nin on your tribute page to Rupert, specifically
Posted by Letter at 5:11 PM No comments: 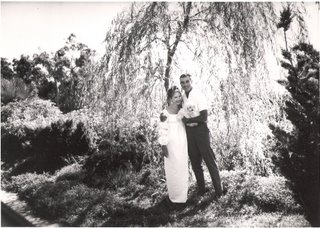 Rupert Pole gave the site a manila folder, filled with photos of Anais, labeled Internet This photo is taken of the two of them on the edge of their pool, beside the willow in their home in Silverlake. You can read about this storied home in a 1984 copy of Architectural Record that has a beautiful spread of photos as well as an article by Barbara Kraft,on the history of Anais's House of Light.

The home also appeared in a 1999 Architectural Record, Houses of the Century issue, Rupert and Anais's home was chosen as one of the houses of the "sixties" although only a small photo and a little drawing of Anais appeared (about a half page)

This story can be ordered from the Times. The photos that were taken for the article might still be working as a link on our site where we post the direct link to the LA Times archives. Click on the link: Nin Scholarship and the In Memoriam Link for Rupert Pole (Feb 18, 1919 to July 15, 2006)from there, just scroll down to:
Storied past, uncertain future with photo slideshow - LA Times
Posted by Letter at 5:09 AM No comments: