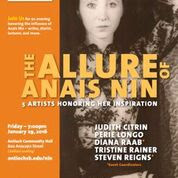 Apologies to the Nin World for not posting this interview with Steven Reigns earlier:

The event was this Friday. I was traveling when I received the interview and since Steven is interviewed in many contexts, I didn't track that it might be an interview for this event. "Allure" also featured Diana Rabb and Tristine Rainer whom I had the pleasure of meeting at an earlier event last year where presenters included my friends Valerie Harms and Sas Colby and Barbara Kraft.

I received a picture today from Steven and my dear friend Judith Citrin who was a dear friend of Anais's and spoke at the event this weekend. Here we are years ago with  Anais's editor  at Swallow, Donna Ippolito discussing the current anaisnin.com site. 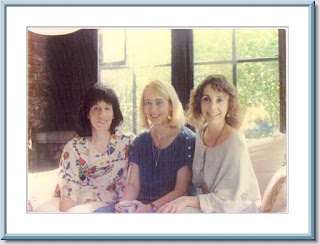 Steven mentioned he will update us on the event at a later moment. And of course I hope to touch base with Judith when she is back in the Chicago area to hear about it in person.

Posted by Letter at 7:03 PM No comments: