I Pursue Her Still: Bern Porter on Anais Nin 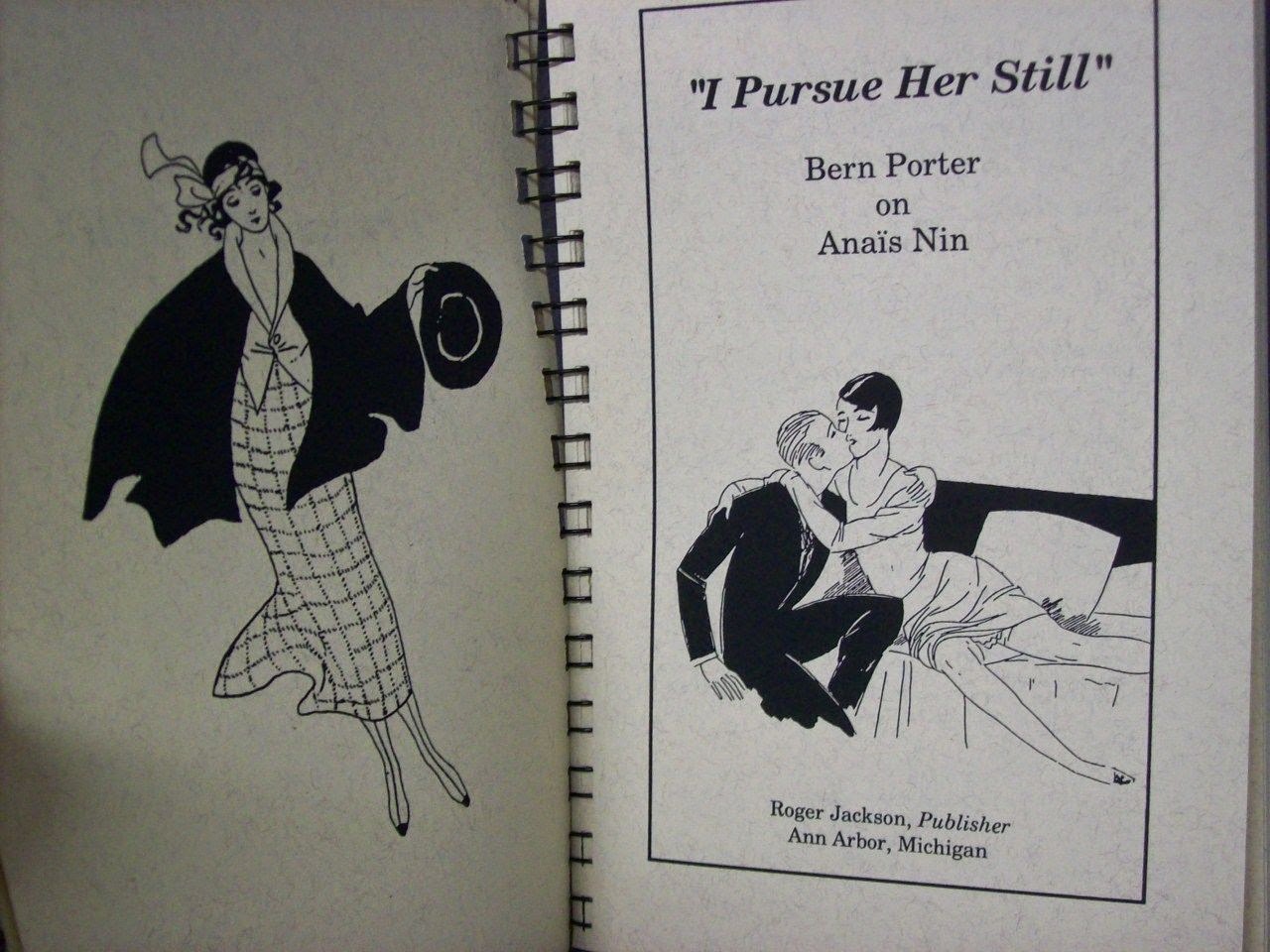 In the late 1990s, Bern Porter, a physicist turned avant-garde publisher in the 1940s, did a series of interviews that became books published by Roger Jackson. These staple-bound, premium paper stock, ink-illustrated editions were formatted in a Q&A style conducted by one Natasha Bernstein, a presumed pseudonym for Sheila Holtz, who was Porter’s live-in companion. In these “interviews,” Porter tells fantastic tales of Nin’s sex life with him and with others.
The first in this series, My Affair with Anaïs Nin, starts off with Porter meeting Nin in the fall of 1935 at an open house conducted by Gertrude Stein and Alice B. Toklas. He states how Nin made passes at three men and a female, all of whom declined her advances. Porter writes that Nin then sat next to him, drinking tea with one hand while the other hand, under the table, had “a full grip on my penis…very hard and very big.” This scene ends with Porter and Nin getting up to leave the party. According to Porter, Toklas had been watching the scene under the table and “made beckoning signs to me.” As he says goodbye to Toklas, she opens the front of her dress, unzips his trousers, and rubs him between her legs until he ejaculates on her. Nin and Porter then walk a couple of blocks quietly, because Nin “knew what she wanted… It wasn’t necessary to talk,” to a bar with an “hour room.” Porter goes into great detail about the sex he had with Nin, her washing his penis, and her overgrown mass of public hair. Most serious Nin readers would see this story as suspect at best, but those familiar only with the public reputation evoked by her name may find it fitting. What is the reality?
Gertrude Stein was known to be jealous. Would she have let such a scene transpire between Porter and Toklas? Linda Simon, Toklas’s biographer, states, “I have no evidence that Alice had sexual relationships during the time she lived with Stein, or ever with a man” (personal communication). Anaïs’s very presence at the open house is suspect. Looking through the original diaries housed at UCLA, there is no mention of the event in the journals numbered 36, 48, and 49. These journals were searched for falls of 1936, 1935, and 1937. Nin chronicled almost all activities, and it seems nearly impossible that she would not have mentioned attending one of the well-known Stein and Toklas gatherings. One suspects she would have at least mentioned Bern Porter, but his name is absent.
Even the time of this particular story comes into question. According to Porter, the open house started at 4:00 PM. Porter claimed he walked with Nin to the bar at about “quarter after five,” and later states that “She’d been playing with my penis for the better part of an hour” under the table. This means that Nin’s unwanted advances with the three men and one woman all took place within fifteen minutes before she sidled up to Porter. The chronology doesn’t add up.
The second section of this book consists of Porter recounting a meeting with Nin in New York in the winter of 1937. Once again, there is no record of this in the original unpublished diary, numbered 49. He mentions her printing press and the living situation with Hugo. The rest is details about having vaginal and anal sex with Nin.
The series of books in which Porter recounts his “affair” range from Nin orally servicing a line of 40 gay men after a reading in a private home in San Francisco to Rupert arranging lesbian orgies at their house in Silver Lake.
Margo Schevill, widower of Porter biographer James Schevill, believes “Porter did exaggerate details and embellished the truth” (personal communication). Margot Duxler, author of Seduction: A Portrait of Anaïs Nin, said, “[It] made me laugh. It certainly wasn’t the Anaïs I knew. Nor the Rupert I knew!” (personal communication). Tristine Rainer, once a confidant of Nin and now working on a memoir of their friendship, says, “I think the story about Anaïs servicing all those guys sounds spurious; she was too much of a romantic for it to ring true” (personal communication). Duxler confirms, “Anaïs may have used her sexuality as a means to connect with others but connection was the main dynamic…orgies just don’t sound like her at all” (personal communication). 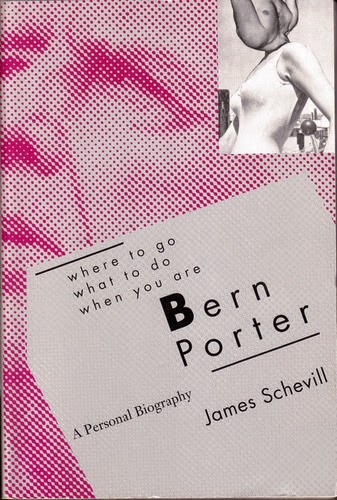 
This article was originally published in A Café in Space titled Bern Porter’s “Affair” With Anaïs Nin Fact or fancy?
Posted by Letter at 11:36 PM No comments: