Anais Nin: An Understanding of Her Art

"The author found in Nin a kindred soul. Both women were poets. They became friends, two Pisces artists who agreed that style depends on vision and technique. In her Preface, Holt says this book is "neither adulation nor scholarly criticism, but an honest attempt to understand Anais Nin and her work"


Mary Anne Raphael in an Amazon review of the first edition of Rochelle Lynn Holt's book: Anais Nin : An Understanding of her art.


The updated version was available through http://www.scars.tv but their ordering link for the book does not go directly to the on-line ordering for the book but to Lulu's marketplace and so we have provided a direct link to ordering the book on Lulu as a courtesy and reprinted the scars.tv info below. Alas, although the initial ISBN number works and links to Amazon, this second edition's ISBN number does not work. 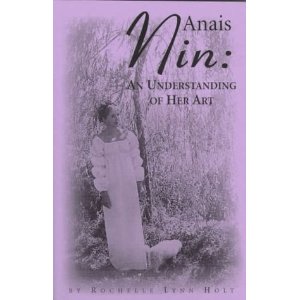 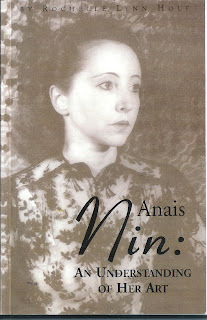 Anais Nin: an Understanding of her Art is a book by Rochelle Holt that was originally released in 1997 (which sold out). The book has been further edited by Rochelle Holt, and re-leased from Scars Publications in 2010 (without the index from the original book, but with a new chapter) and is now available for  on-line orders.

Below on this page is material from the 1997 book release from Rochelle Holt, but you can now order the reprinted version of Anais Nin: an Understanding of her Art right now on line directly through the printer. 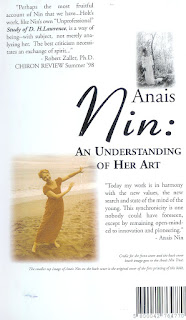 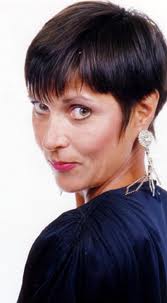 And a thank you to Rochelle for sending on a copy of this updated version.The added chapter, Cafe From Inner Through Outer Space is a very helpful guide to all things Anais.